Our service currently allows you to buy lottery tickets to 15 different big lotteries from all around the globe. We are proud to offer our players the opportunity to play the  Brazilian Mega Sena lottery online. Like all big lotteries, you previously had to live in the country or area where a given lottery was run in, and travel to a lotto retailer there to purchase your tickets.

This is the case no more though now that you can play them from the UK as well and buy whatever lottery tickets you want right online, and as many as you want, and to as many different lotteries as you want, right from your own computer.

So now that this new day has dawned upon the world of lottery playing, the players have spoken, and what they have asked for is a great selection of different lotteries. So we bring you the best of that to your home. Among these is the Mega-Sena Lotto, Brazil’s biggest lottery.

Draws for the Mega-Sena take place on Wednesdays and Saturdays, adding two more chances to win among all of the other lotteries that you are playing now. We give you a big selection to choose from, and all are worthwhile playing, including the Mega Sena. 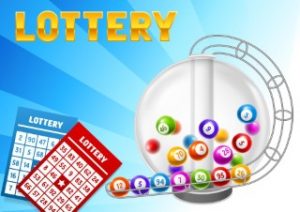 To play the Mega-Sena Lotto, players choose 6 numbers from 1 to 60. Matching all 6 numbers wins you the jackpot, which is always at least several million dollars and often gets much higher than that.
However, the Mega-Sena is unique from all other lotteries in the world, as they don’t’ just have 60 balls with different numbers on them. There are two different drums one with 0 to 5 and the second from 0 to 9. They then draw the digits one at a time.

For instance, if they draw a 2 from the first drum and then draw a 9 from the second, then the number drawn is 29. Once a single-digit number is drawn, then it isn’t put back in the drum. So we now know that there will be exactly one single-digit number, unless 00 is drawn which is considered to be 60, one starting with 1, one starting with two, and so on. So this is an interesting twist and actually makes winning easier provided you follow along with this strategy.

Matching all 6 numbers wins you the jackpot, where matching 4 or 5 numbers will win you a secondary prize. As if often the case with national lotteries, profits generated from the Mega-Sena Lotto go to support social programs, and in fact, the Brazilian people rely heavily on these donations. So while we may not be from Brazil and therefore not benefit directly from this, it’s great to know that we are definitely doing some good by playing the Mega Sena in addition to all of the fun that we have doing it.

Lotteries Are The World’s Favorite Form Of Gambling

It’s not very hard to figure out why lotteries have been the world’s most popular form of gambling. It’s not even that it’s so readily accessible, although that certainly does help. The real reason is the excitement that the opportunity to win monster amounts of money provides.

It also seems that our appetite for these huge jackpots is quite substantial indeed. If you have ever witnessed the buzz that is generated when jackpots grow to enormous amounts, and how many more tickets are sold for these, with the much longer lineups that come with them, then you know that this is all true.

Why wouldn’t people get excited though about having a chance to win enough money to set you up for a lifetime of luxury and opulence? For the overwhelming majority of us, this is the only shot we will ever have at this lifestyle. Ordinary people like ourselves do win these gigantic amounts though, and you never know if and when your turn might come up.

Just the act of playing though provides a lot of pleasure to people, where even though your chances of winning a lot of money this way are very small, the chance is still there. If you don’t play, well you don’t get to dream, and you don’t enjoy the thoughts of this all possibly happening to you.