If you’re going to buy lottery tickets you want to make sure you have the best chance of winning, right? Well, the best way to do that is to look at the odds of winning the jackpot or at least winning a large prize. With many of the lottery games around the world, you’ll find that you can win millions just by winning the second-tier prize, which means you’re going to have another shot at getting a whole lot of money.

Best odds for the jackpot

Winning over a million

The Mon/Wed Lotto, however, will give you a chance at $1 million if you hit on the division 1 prize. You can also win larger prizes with games like the UK lotto or Mega-Sena, from Brazil. 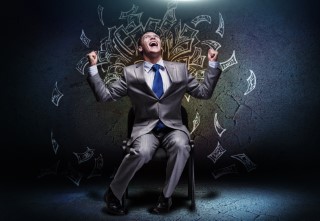 If you’re looking to win a jackpot these are the games you’ll want to play because they give you the best odds for that jackpot but also over a million if you win. Of course, you may need to convert that million into your own currency to see if it’s actually going to give you as much as you might think. Some of the currencies that you might be playing in will be smaller.

If you want the chance to win over a million even if you win a smaller prize you may need to go to some other games, like the Eurojackpot, EuroMillions, Mega Millions, or the US Powerball. These games can make someone a millionaire even if you don’t win the ultimate jackpot. The smaller prizes could still get you over that million-dollar threshold.

So, if you’re looking to win big, make sure you pick up a ticket for any of the games we mentioned above and try your luck at getting that million-dollar payout.

CatfishA ranking of lotteries with better odds to win11.06.2020