Playing the lotto is a favorite pastime all over the World. Practically every country has its own lotto, mostly organized by the national government. Some lotteries use the profits for charity, and some simply add revenues to the tax income of their country.

The popularity of the lotto, of course, depends very much on the amount of money that can actually be won. In consequence, most of the lotto commissions have come with ways to increase the money that can be made. The most popular way to do this is by offering a jackpot – every time that the main prize has not been won, unpaid winnings accumulate and are being added to the prize pool of the following draw.

The typical setup for a lottery jackpot is to have 5 or 6 numbers drawn from a total of 39, 49, or 59 numbers. Hitting those 5 or 6 numbers correctly would already make you quite rich, but the combination of this number gets hit almost every week. So, in order to achieve high jackpots, an extra number (mostly between 0 and 9) is added, and if you want to win the jackpot, you have to get the 5 or 6 main numbers right PLUS the jackpot number.

Which are the world’s best lotteries by jackpot?

There are some lotteries that are known to have really huge jackpots. And it is no wonder that the US lotto jackpots are at the top of the chart of the biggest lotto jackpots in the World. Mega Millions and Powerball are the two biggest US lotteries, and their jackpots have reached astronomical sizes of over 500 Million Dollars several times in the past.

The Italian Superena and the Spanish El Gordo Lotto are also quite popular. Those lotteries have jackpots that are not cracked for a long while very often. The reason is that the number of possible combinations generated by the drawing regulations is quite high.

And then there is one rather new lotto event that has called the attention of lotto fans from around the World lately: The EuroMillions lotto. Due to the fact that this lottery is available in several European countries, and the fact that those countries have lots of lotto fans with some money to spend, this lottery jackpot is almost always close to 100 Million Euros.

If you want to know which lotto currently has the biggest jackpot, all you have to do is look at the column on the right side of our website. In this column, you can find the World’s current lotto jackpots sorted by size. Pick any one of them by simply clicking!

How to play those lotto events? 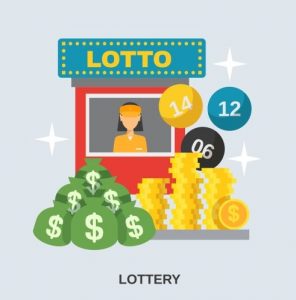 Those lotto events were initially meant for the residents of the participating countries, but our website makes it possible for anyone to play worldwide lotto now. It is of no importance where you reside – you can choose your numbers and order a ticket online through use – just select a lottery and get started!

This is a worldwide courier service that will buy a physical ticket for you and help you claim your money if you win. It is not some kind of lottery scam, it is a reputable company that has been providing reliable service to lotto fans from all over the world for several years.

The upside is, that since you can pick any of those worldwide lotteries, you can significantly improve your chances of winning. It is actually quite simple: Instead of playing your home lotto when the jackpot is low, invest the same money to get a ticket for a 10 or 50 times higher lotto jackpot in another country of the World!

CatfishEvery country has its own lottery05.01.2018