Age to buy lotto in the United States

If you live in the United States or if you’re looking to purchase tickets you need to be at least 18 years of age. In the US, this is considered the age at which you become a legal adult and it’s not until this point that you’re eligible to purchase tickets. Buying tickets before this makes them invalid and you could face legal penalties too. Not to mention anyone who sells them to you could also face legal penalties.

The United States is not the only one that has this minimum, however. In fact, Australia, France, Germany, Italy, and others also have a minimum age of 18. That means you would need to be at least 18 in order to purchase a ticket and have any winning numbers actually be legal.

Age to buy lotto in the UK

In the United Kingdom, the age to buy lotto tickets is actually 16 overall, but that doesn’t mean that you can always buy tickets at the age of 16. There are certain lotto games and lottery products that are not designed for individuals that are only 16 and these will have a minimum of 18 instead. Even still, you’ll know if there is a specific item you’re not allowed to purchase until you turn 18.

Age to buy lotto in other countries 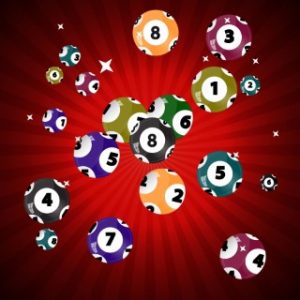 There are some countries that have younger ages where you can buy lotto tickets. These include Iceland, where the age is only 15. That means you would be still in high school and able to walk into any store to purchase the tickets that you want.

Other countries have an older age. For example, the Bahamas, India, and Armenia require you to be at least 21 in order to buy lotto tickets. That means you would be long out of school and in most parts of the world you would have been considered legally an adult for some time before you would be able to buy.

If you’re looking to buy lotto tickets online you have to take into consideration where you’re living and where you’re buying the tickets from. Between those two countries, the country with the highest age limit is the one that matters. If you live in Iceland but you’re buying tickets for a game played in the Bahamas you would need to be at least 21, even though the legal age in your country is younger.