Many lottery players prefer to let the computer pick their lottery numbers for them, which is perfectly fine. Their thinking is that these draws are random and it doesn’t really make any difference what numbers they pick, as any set of numbers will have an equal chance of winning as any other.

So in this case, it’s the thrill of playing that entirely motivates these players, and it’s certainly true that this is more than enough reason to play lotteries, especially if you can play the biggest jackpots in the world as you can through us. We provide everyone the ability to buy tickets online to all of the world’s largest lottos, regardless of where they may live.

So for those of us who do not want to bother picking our numbers, we also offer those players the benefit of having a computer pick their numbers randomly. However, many lottery players have noticed that there may be more going on than it may appear with the numbers that are drawn here, and have come up with several different strategies to look to gain a real edge here.

It Doesn’t Seem To Be Just About Math Though

There’s no question that some people are luckier than others. Other people see the world from the perspective of cold, hard science, and if that includes you, that’s fine. That’s only one view of the world though, and not necessarily the correct one, at least not all of the time. So if you believe that there may be other forces acting on the world as we know it, and this is certainly possible, then using other methods can definitely be seen as to work. There are too many incidents of this conventional thought for it to be just a figment of people’s imaginations.

The story that stands out for me is the gentleman who cheated death so many times that it is simply beyond belief and then got the attitude that he is just plain lucky. So he then played the lottery expecting to win and he did, winning a million-dollar jackpot. Many people do believe that there are forces at work in the universe that operates outside the normal sphere of our scientific understanding right now, and it’s not that much of a stretch to assume that we may benefit ourselves through opening our minds. The ability to come up with our own lottery numbers opens this door, and the only way we can truly know what is on the other side of it is to walk through it.

Many people use numbers of personal significance to them, such as their own birthdates, birthdates of family members, and other numbers that may be meaningful to them. There’s nothing wrong with this approach although it’s definitely a passive example of number generation, not totally dissimilar to a random number generation, but with more personal meaning. So in other words, if fate has it that you will win, you’re probably more likely to receive this reward through a more personal approach like this. 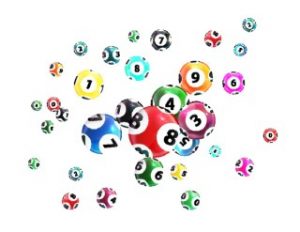 This system involves analyzing past draws to look to predict which lotto numbers may be more likely to come up. Some people think that this doesn’t really matter since these draws are supposed to be random. Others wonder if they really are totally random. When you look at the frequency of numbers drawn in many lotteries, it really does make you wonder at times.

It certainly doesn’t hurt to use a system like this, because you really can’t hurt yourself if the draws are truly random, as it then won’t make any difference what numbers you pick. However, when you realize that there’s really no such thing as a totally random way to draw numbers, and especially with numbers being drawn with balls going round and round, we are right to at least wonder about this. So what people tend to do is to look to either such numbers coming up more often than it looks like they should, or looking to numbers that haven’t come up for a while, assuming that they are due. I personally like the more frequent method, but either may give you a real edge here.

When playing lotto online, you have the option to let the computer generate your numbers for you. Simply click one of the lotteries offered on our website. Then, you can choose your numbers manually or let the random numbers generator do it for you.

Finally, people can just use their hunches to look to predict numbers. This is my favorite method. It is said that all of us have some sort of power to at least have a feeling about the future, and we’ve all experienced evidence of this at various times. Regardless of the degree that you may believe this to be true, once again it certainly can’t hurt to try this. There are many cases where people had a hunch about certain numbers and have won big jackpots with this.

The secret here is not to let yourself get frustrated as this sort of thing requires that you not get discouraged and keep playing as your day may indeed come. The one time you don’t play may turn out to be that time, so the only way to make sure that you aren’t cheating yourself is to keep at it.